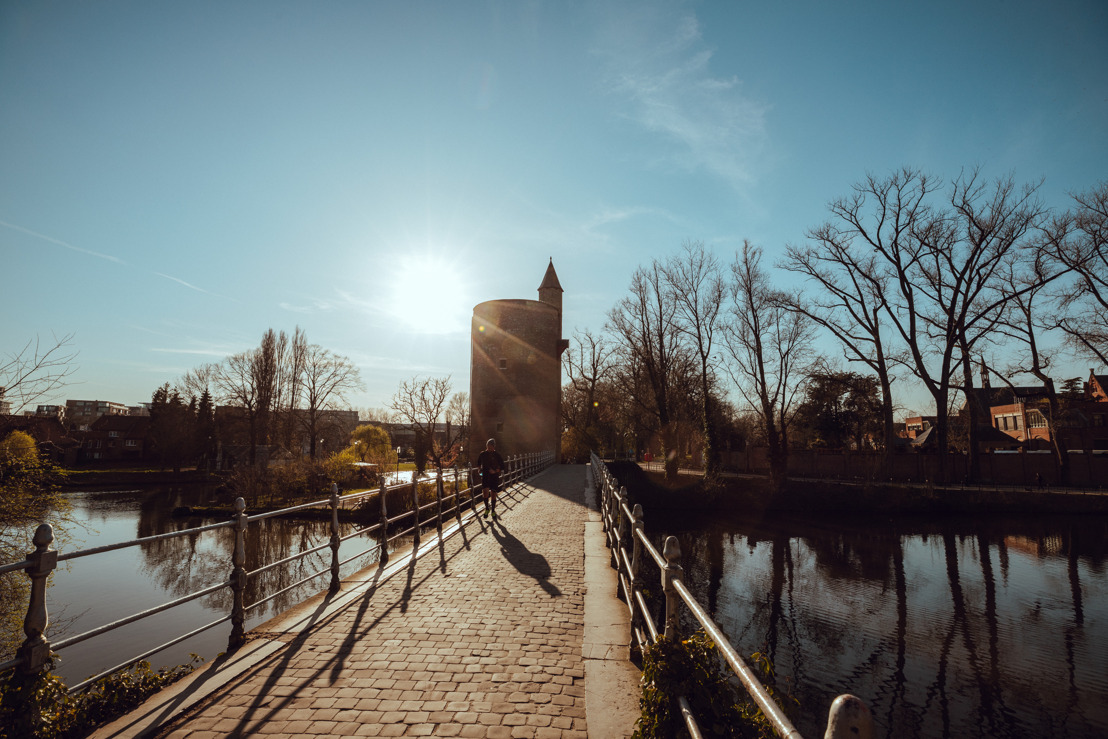 From 8 May to 24 October 2021, Bruges will once again become the host city for an exploration of contemporary art and architecture. During the third edition of the Bruges Triennial, 12 artists and architects will present new, temporary installations in the historic centre of the World Heritage city. The theme of this third edition is TraumA, which sees The Triennial shifting the focus from the public space to a number of hidden dimensions of the city and its inhabitants.

The Bruges Triennial is a thematic exhibition featuring creations by artists and architects in the public space. The 2021 edition also opts for a polyphonic discourse, with space for imagination, beauty, darkness, and participation.

The exhibition explores the sensed and subcutaneous space and the subjective experience of the city, nourished by past and present, dream and nightmare. This edition balances between the visible and the hidden. Between private and public. At the same time, it also responds to the image of Bruges based on the nineteenth-century perception of Bruges-la-Morte as a pre-symbolic city.

The curatorial team, consisting of Till-Holger Borchert, Santiago De Waele, Michel Dewilde, and Els Wuyts, has selected twelve artists and architects – with three Belgians among them – who each in their own way react to the theme of TraumA.

They devise sculptural, architectural, and organic creations that respond to the complexity, versatility and dynamics of the city of Bruges, searching the alleys and back gates to look at what is going on in the courtyards and on the construction sites of the seemingly perfect city of Bruges. Their temporary interventions and creations will enter into dialogue with the city, its inhabitants, and its visitors. The fact that some of the creations involve the residents of Bruges in the creative process makes the story even more fascinating. Next to the art route, the themes of TraumA will be present at the exhibition in the Poortersloge. The names of these artists will be communicated at a later stage.

TraumA adds an extra dimension to the public or private spaces that were the subject of the previous editions: the dimension of the sensed space, where past and present, where dream and nightmare claim the subjectification of the individual experience of the city and, building on the perception of Bruges-la-Morte as a symbolic city avant la lettre, also question the image of Bruges as a city.

The Bruges Triennial 2021: TraumA presents a multi-voiced discourse in which ambiguity, the imagination and the senses are stimulated, and the demarcation between public and private space is renegotiated. The route traces a course where Bruges in all its facets is discussed and there is room for experiment and discourse in a journey behind the scenes of the urban imagination. The starting point will once again be the Poortersloge (Porter’s Lodge), where an exhibition will also encourage reflection and imaginative responses on the theme.

The artists and architects are invited to question the hidden dimensions of society. Historical layers are uncovered, and forgotten or hidden storylines discussed. There is a response to the imagination, to the beauty and splendour, but also to the Unheimliche, the ‘uncanny’ that is present underground.

Traditionally, our city derives its liveliness and magic from a pioneering role in the field of culture. With the necessary ambition to remain a cultural leader, we put contemporary art and architecture in the spotlight with the Bruges Triennial. The previous editions have proven that Bruges continues to inspire artists and designers. In 2015 Bruges was temporarily an imaginary, liquid megalopolis, and 'the Bruges whale' or Skyscraper of 2018 will remain on our retina as an iconic image. With the third Triennial Bruges we dare to undress the city, we look behind the stately facades and allow the Bruges resident and the visitor to discover all layers of the city. That requires some guts, but we are ready for that.

Although Bruges may seem to be a dream destination, poverty, loneliness, pollution, and anxiety are constantly lurking in this seemingly picture-perfect world. Via artistic and architectural spatial interventions, the Bruges Triennial 2021: TraumA also brings out the less attractive aspects of our heritage city and makes them part of the cityscape. The Bruges Triennial 2021 goes beyond the visible and offers a glimpse beneath the bark of the fragile city.

Now more than ever, the importance of cultural encounters is proven. The power of culture is the power of Bruges. Triennial Bruges 2021 will be a cultural and architectural edition to look forward to. The impact will be great if, after the imposed silence of 2020, we let Bruges speak again with a solid programme of international talent in the language that is its own; the language of innovative cultural creation.

About the Bruges Triennial 2021: TraumA

Every three years the Bruges Triennial brings contemporary art and architecture to the historic city centre of Bruges: a unique setting and a UNESCO World Heritage Site.

Since 2015 it has built further on the series of triennials that were put together in 1968, 1971, and 1974 and brought visual arts into the public domain. In each edition, the artistic team invites regional and international artists and architects to submit new temporary installations. Some dozen of these works of art and meeting places engage in an active dialogue with their surroundings: alongside waterways, in cobbled streets, in peaceful places of worship, or on vacant lots. For visitors, it will be a summer-long exploration, following a unique and inviting trail with a social aspect.

The Bruges Triennial is a collaboration between Brugge Plus, Musea Brugge, Kenniscentrum vzw, and Cultuurcentrum Brugge, and is commissioned by the City of Bruges.