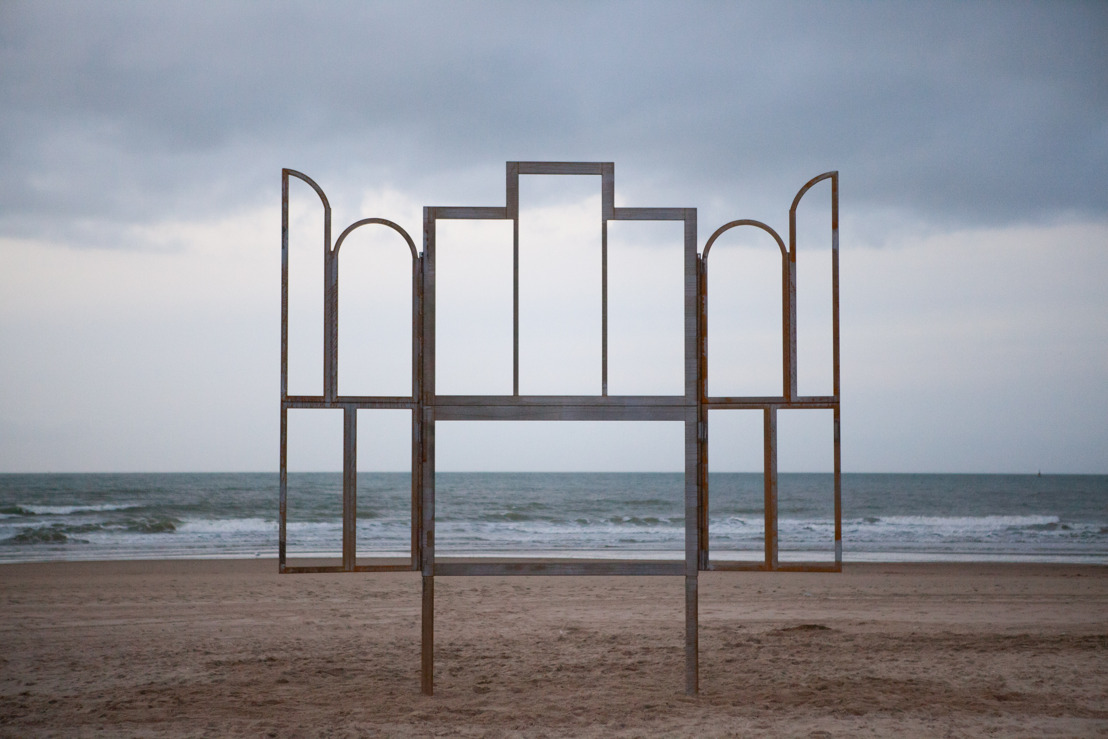 ‘EXIT’ is the first Belgian retrospective dedicated to the work of Kris Martin (b. 1972, Kortrijk, Belgium). The artist is nationally recognised for ‘Altar’, his sculpture on the beach at Ostend. After having shown his work internationally for twenty years, the Belgian public is finally being given the opportunity to get to know his eloquent oeuvre in more detail. Kris Martin creates sculptures from objects that raise questions about concepts such as transience, identity and death. These are themes that have traversed art history for centuries. The artist also weaves art history, literature and myths into his work. Moreover, he plays on mechanisms such as recognition and alienation in order to make us think about the bigger questions. In so doing, he creates space for reflection, resistance or poetry.

‘EXIT’ also establishes a subtle dialogue with the oeuvre of Jan Van Eyck. The exhibition is S.M.A.K.’s contribution to ‘OMG! Van Eyck was here’ and coincides with ‘Van Eyck. An optical revolution’ at the Museum of Fine Arts. Kris Martin is an admirer of the Van Eyck brothers’ work and shares their preference for a rich symbolism. In ‘Eve and Adam’ (2017), he makes us look at the figures from The Ghent Altarpiece (1432) by Hubert and Jan Van Eyck in a new way. Martin only shows the faces of Adam and Eve in his version, who instead of looking towards each other as they do in Van Eyck’s work, now gaze in opposite directions. The cut-out, which is presented without further context, offers us a universal and timeless image of man and woman.

‘Altar’ (2014) is a steel replica of the fifteenth-century painting by the Van Eyck brothers. Kris Martin only reproduced the frame and omitted the panels. Instead of letting us admire a sumptuous scene, the artist invites us to look at the surrounding world through an open structure. In this way, he directly refers to the intention of the Van Eyck brothers. They realised The Ghent Altarpiece as an expression of what was then a new artistic vision, in which the idealisation of the medieval tradition gave way to a detailed observation of nature and mankind. Like the original, Kris Martin’s ‘Altar’ is intended for the public domain. The sculpture was conceived for Jan Hoet’s last exhibition ‘De Zee, salut d’honneur Jan Hoet’ (The Sea, salut d’honneur Jan Hoet) in Ostend. In addition to the sculpture that is permanently installed on the beach, there are five editions of this artwork that have already been shown in New York, London, Miami, Düsseldorf, Rome and Bremen. In 2020, ‘Altar’ will be on display in the centre of Ghent, at the same time as Kris Martin’s solo exhibition in S.M.A.K.