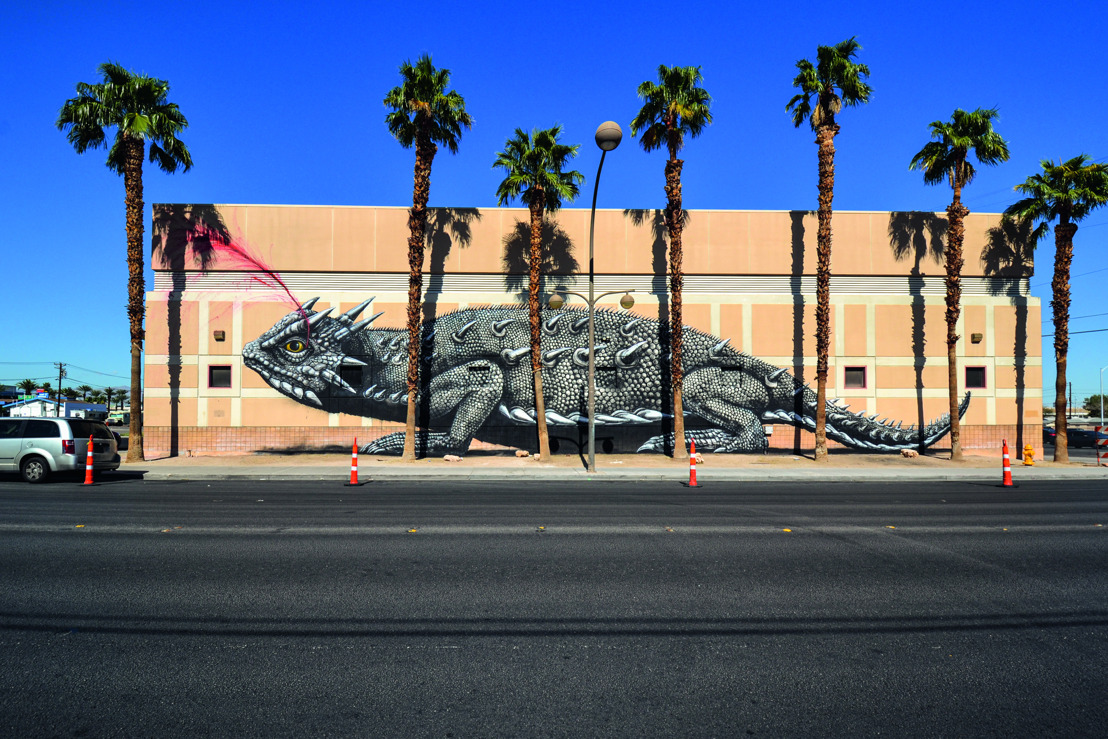 Lannoo Publishers is presenting the first overview of the work of ROA. CODEX is a selection of the famous Belgian artist’s work and is divided into 4 chapters, each focusing on the places where his work can be seen: Eurasia, Africa, America and Oceania.

ROA started his outdoor activities by painting on buildings and warehouses in his hometown of Ghent. Today, his characteristic black-and-white murals are admired worldwide.

ROA is primarily known for his strong obsession with local animal species. Invariably placing these birds, rodents and other animals centre stage in the areas they live in or once lived in, his work rapidly gained attention. Not only the location, but also the architecture on which and the environment in which he paints are important.  The formal possibilities sparked by architectural variety are endless. ROA’s work is always a dialogue between the environment, the location, the architecture and his creativity. He works directly on the wall, almost never using sketches or projections.

ROA’s fauna (mammals, fish, insects, but no flora) dominate the village and cityscapes where they leap into action, forcing us to consider their too-often-unconsidered lives. In most cases, they are the little-known denizens with whom we share our places, rather than the usual stars of the diminishing animal world like elephants or tigers. Because of their scale and precision in which they are painted, the animals appear robust and animated, never pathetic or lifeless. ROA is fascinated by anatomy and seems to crawl into the skin of his subjects in order to animate them. Even the tiniest creatures loom over built environments, temporary triumphs of nature over culture. However, there is a sadly ironic note to their visual monumentality, given the fact that the “dominant species” is not the animal kingdom, but the devious and dangerous human race.

His work is a version of the cross-cultural dialogues so badly needed these days. ‘Exploration of nature,’ he says, ‘more specifically of the animal world, can lead to increased empathy. It teaches you something substantial about how one should live a good life.’

The impact of ROA’s bestiaries can only increase as crucial decisions about the fate of our planetary companions are made every day, around the globe. Dedicated scientists are racing against time, ‘discovering’ previously unknown flora and fauna in areas threatened by corporate greed and local poverty. His unique combination of powerful aesthetics and eloquent but understated activism offers a significant model for artists everywhere by calling attention, or calling for attention, to a world that we know all too little about.

Please include the cover of the book in all publications.

Fragments of the text are taken from or based on the text The Triumphs of Smaller Lives by Lucy R. Lippard, a text that is published in its entirety in the book.