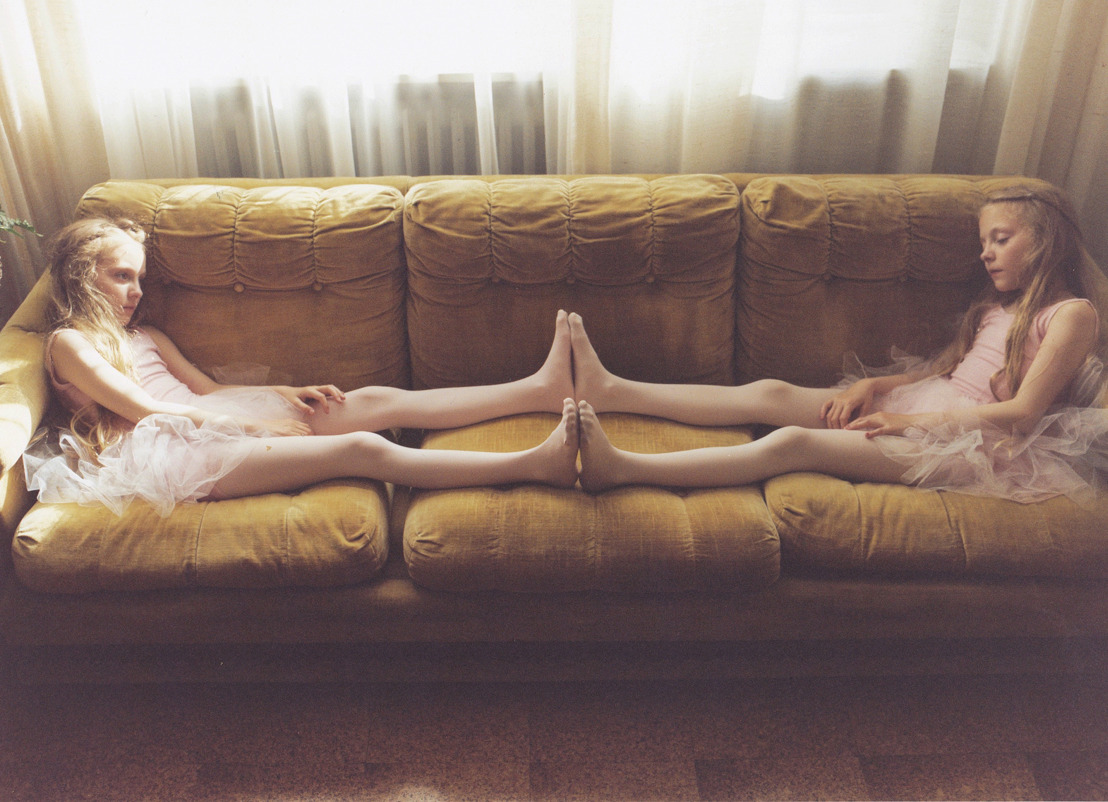 IBASHO is delighted to introduce two new artists with the exhibition ‘Parallel Crossings’.

Ariko Inaoka and Sean Lotman are wife-husband on a 'parallel' course with geographic 'crossings' in their photographic aesthetic.

Ariko Inaoka (b. 1975, Kyoto, Japan) not only pursues personal photographic projects but also manages her family business, her ancestral restaurant in Kyoto that has been running since 1465. Her series ‘Eagle and Raven’ that will be on display at IBASHO, was created in Iceland, a place where Inaoka connects with her childhood memories. When she first visited the country it felt like returning home and the Icelandic landscape and atmosphere reminded her of the Kyoto from her childhood. The twins Eagle and Raven (Erna and Hrefna in Icelandic) have been the subjects of Inaoka’s series over a period of nine years. Fascinated by the strong harmony between the two girls, Inaoka saw similarities between the twins’ telepathic connections and the Shintoïst belief that ‘kami’ (‘God’) exists in all elements. The twins’ statement that they “dream the same dreams” became the Leitmotiv in the series ‘Eagle and Raven’.
The accompanying book ‘Eagle and Raven’ is being published by Akaaka and will be launched during the exhibition.

Sean Lotman (born in Los Angeles, US) has lived in Japan, first in Tokyo, then in Kyoto, since 2003. Originally a writer of fiction, Lotman is interested in the narrative potential of photography and more specifically how photography can tell surreal stories. Being an American in Japan, Lotman decided to deploy Japanese geography, people and culture to create his own imaginative, often whimsical, interpretation of his new homeland.In his series ‘Sunlanders’, on display at IBASHO, Lotman portrays a land of people and places not as they are, but as they never could be. Also works from Lotman’s other series ‘The Sniper Paused So He Could Wipe His Brow’, ‘Middle Life Notes’ and ‘Lost in Space’ will be exhibited.
Lotman’s books ‘Sunlanders’ (2016) and ‘Middle Life Notes’ (2019) will be available in the gallery's bookshop.