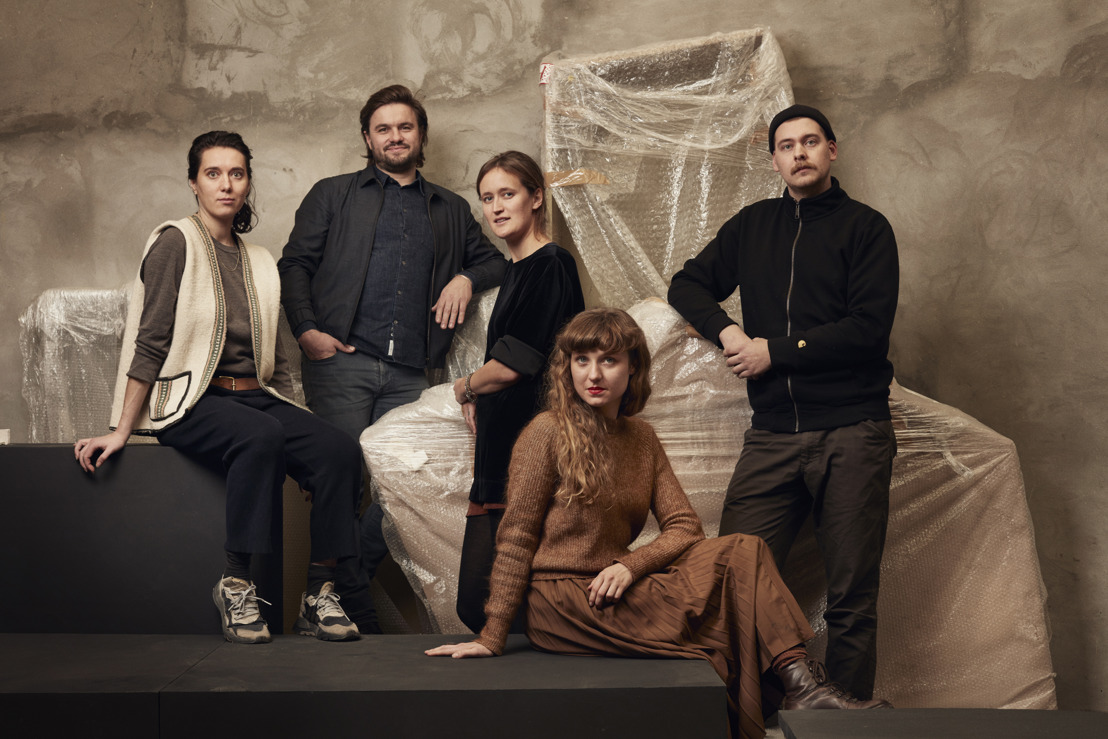 The Belgian design collective BRUT will take part in Milan Design Week for the third time in April. From 16 to 21 June, BRUT will present a new, collective installation that shows their renewed ambitions and includes both individual and shared designs.

In Milan, Charlotte Jonckheer, Ben Storms, Linde Freya Tangelder, Bram Vanderbeke and Nel Verbeke create and curate four spaces - four rooms - in which, both visually and functionally, the contemporary city is used as inspiration, focusing on play, eat, arts & culture, nature & contemplation. With this presentation, titled 'City Remnants' and realised in collaboration with the Belgian company Antoine Architectural Finishes, BRUT wants to visualize an investigation into the relationship between the domestic and the public.

And, on the other hand, they want to express an investigation that also fits in with an internal search for a balance between the individual and the collective. In anticipation of their third contribution to the Milan Design Week, BRUT collective has reconsidered their possibilities and broadened their perspectives. BRUT will position itself even more vitally as a shared design practice and will introduce concrete and promising opportunities for future client-oriented collaborations.

The attention for the architectural, sculptural and emotional potential of design and the expertise in the creation of unique, delicate settings and spaces, now also nourish BRUT’s ambition to transform interiors into atmospheric and well-thought-out environments. This client-oriented proposition addresses both private and professional commissioners and includes domestic as well as public or retail contexts.

The junction of their practices is a natural consequence of their similarities in idiom, concepts and vision. They exemplify a young generation of Belgian designers which values the significance of collaboration and collective involvement within the contemporary and international design landscape.

BRUT therefore embodies the commitment to realizing a dialogue between designers and their design language: a visual and conceptual encounter which both reflects the common qualities of the designers and emphasizes the personal idiosyncrasies of their practices. Every year, this dialogue is materialized with a co- decided scenography – a shared setting which visualizes a collective narrative.

BRUT has a dedicated attention for the architectural, sculptural and emotional potential of contemporary Belgian design. On the one hand, this focus is a result of the personal sensibilities of the participating designers – the corresponding characters of their practices. On the other hand, it creates a common ground and motive; it realizes and defines an environment where the designers can show, strengthen and challenge each other.