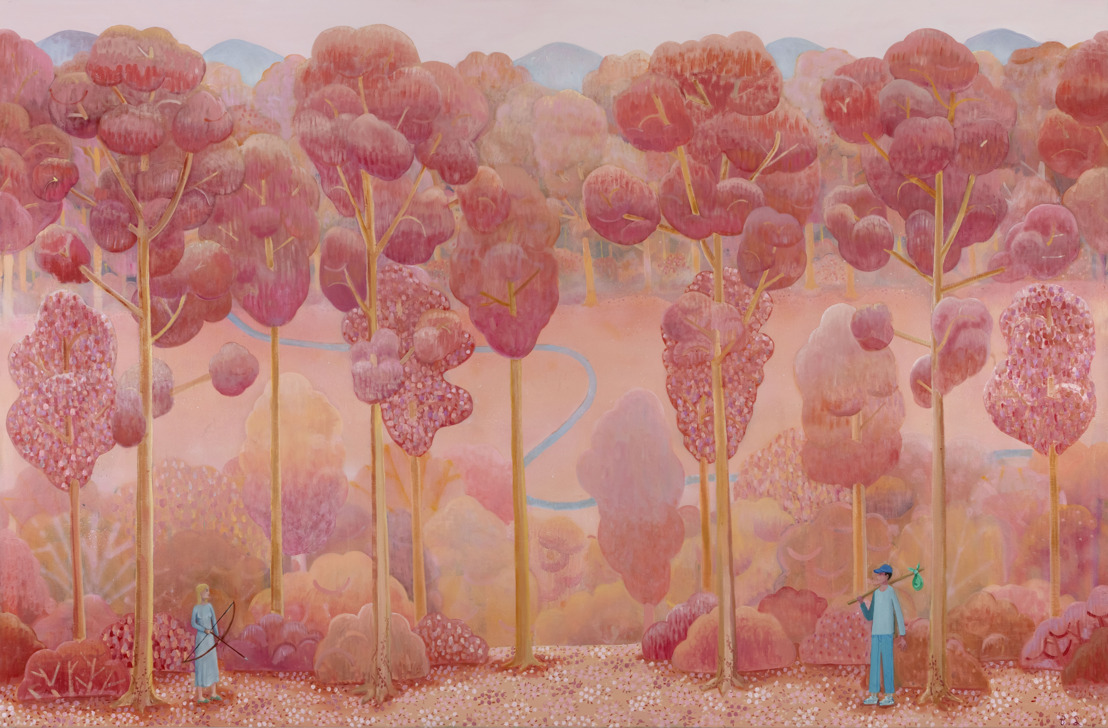 In recent years Ben Sledsens has made a blitz career in the visual arts. The young Antwerp artist was picked up by Tim Van Laere Gallery during his studies at the Royal Academy and received his first solo exhibition with the gallery in 2016. Since then, he has been embraced by the international art world.

Sledsens is known for his large-scale canvases in which he transforms daily life, literary figures, animal portraits and elements from (art) history into his own personal utopia. Sledsens continually reuses motifs, themes, objects and poses from his works. In this way he creates an intriguing puzzle of references and continues to build on his recognisable, coherent oeuvre.

Sledsens' works bear witness to an in-depth knowledge of art history. His palette of strong, vibrant colors, high technical qualities and simple visual language exist within a long tradition that refers to great masters such as Pierre Bonnard, Henri Matisse, Claude Monet, Henri Rousseau and Pieter Bruegel the Elder. Nature and daily life are also important sources of inspiration for Sledsens. His large-scale canvases seem deceptively simple due to the naive visual language and very recognizable subjects, but behind this lies a strongly thought-out composition in which Sledsens brings a visual storyline into his work.

The antithesis of the exhibition title Morning Moon emphasises the surreal, intimate, utopian and escapist character of Sledsens' works. Although he is often inspired by his immediate surroundings, he does not represent reality, but interpretations of it. The large scale of his canvases makes his universe accessible to the viewer. With his highly thought-out compositions, Sledsens guides our gaze through the work, inviting us not only to consider the paths of thought and the motivations of the characters, but also the places and events that arise within his lively and sometimes lonely scenarios. His works are never just a snapshot, but tell a story with an open beginning and end that the viewer can fill in himself.