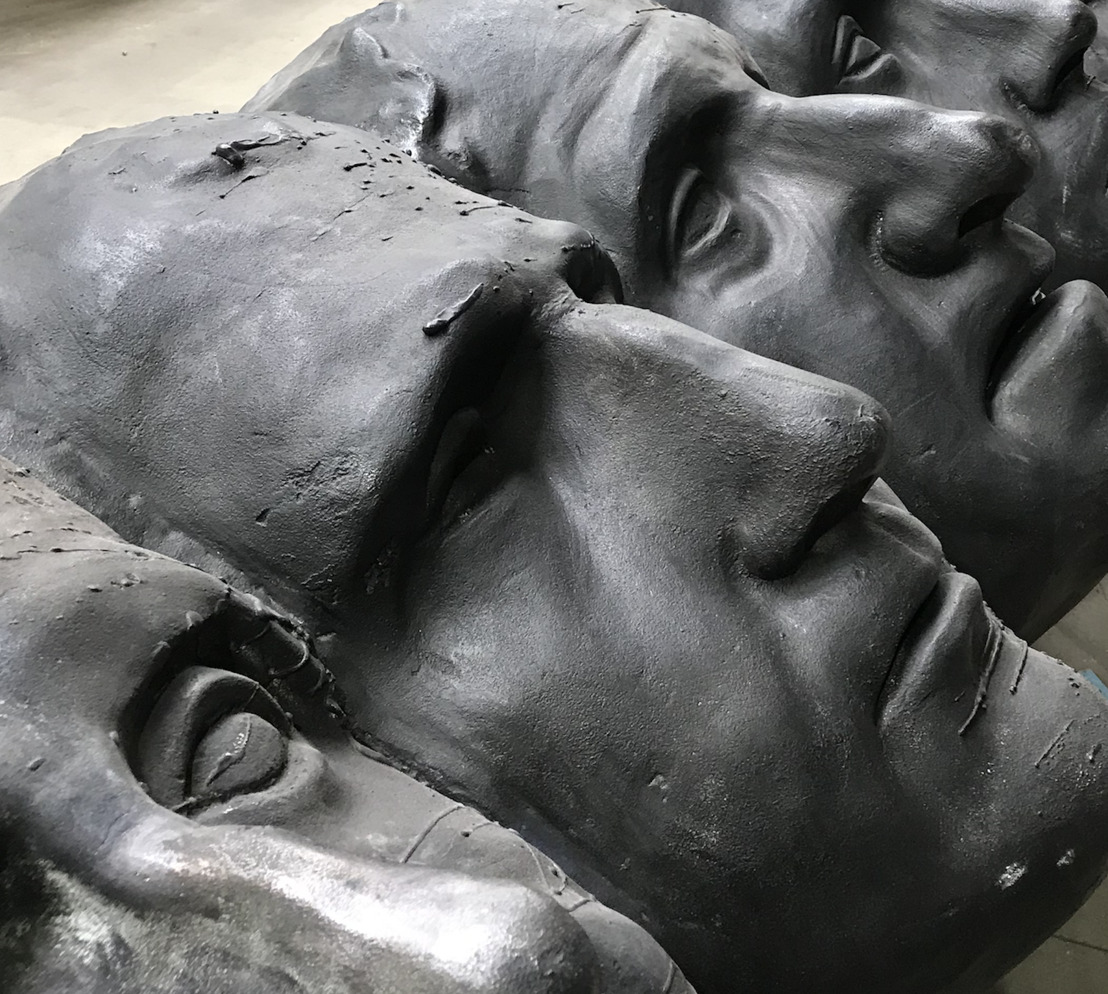 A 22-metre-high bronze sculpture by the Belgian artist Thomas Lerooy will be installed in Knokke on 16 June 2020. The sculpture, entitled Tower, is Lerooy’s first permanent sculpture in the public space.

Tower consists of 49 bronze heads – busts – all facing the sea. The faces have been manipulated and abstracted in such a way that the noses, eyes, ears and chins are all on the same vertical axis, levelling out the differences and making everyone look alike.

As is often the case in Lerooy’s work, Tower, which can be seen as a sequel to Lerooy’s earlier works Obelrisk (2007) and Never Listen to Your Best Friend (2007), refers to the transience, the ephemerality of life and the meaning of existence – or the lack of it. The bronze will patinate and age naturally under the influence of time, the salt from the sea, and the wind.

The title of the work is as simple as it is powerful. Tower refers to today’s society, which is made up of various elements that are more valuable together than separately – a society in which we depend on each other, in which we need to listen to each other and make compromises. Just as a child stacks blocks to make a tower, Lerooy stacks heads to create something meaningful.

But the sculpture is just as much a reference to Brancusi’s Endless Column, a column 30 metres high with an infinitely repeated motif of a diamond-shaped bead that seems to rise to infinity. Just like Brancusi’s column, Tower has a strong verticality. It is as if a line is drawn by hand from the horizon of the sea to the sky. Like a struggle with the infinity of the sea, the sculpture functions as an obelisk, an anchor point, or a cathedral.

Duality and tension are inherent in Lerooy’s work, which provokes, plays and challenges. Lerooy is a master of seduction and deceit. He combines drama and humour, and reconciles the theatrical with the intimate, but he also focuses on the tension between transience and timelessness, between old and new, life and death.

The Belgian public first became acquainted with Thomas Lerooy in 2006 when one of the artist’s first bronze sculptures, Le Petit Jean, was shown on the roof of the Dhondt-Dhaenens Museum. The putto – the name for a chubby nude child figure – peed in the direction of the visitors. Fourteen years later, we see Leroy’s first permanent work in the public space, a bronze sculpture 22 metres high.

Lerooy’s works are included in the collections of important international museums and institutions, such as the Centre Pompidou in Paris and the Belfius Art Collection in Brussels.